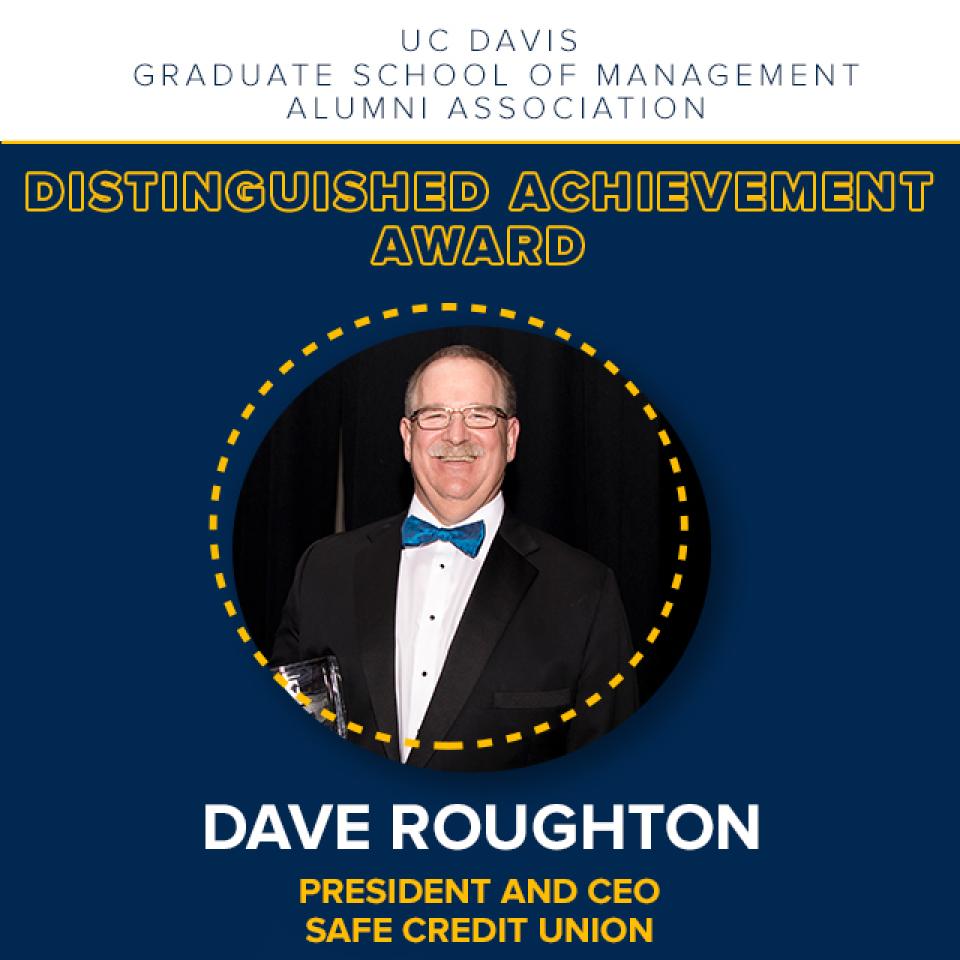 A top executive in the finance and banking industry, Dave Roughton MBA 92 has been honored with the GSM Alumni Association's 2020-21 Distinguished Achievement Award.

The Distinguished Achievement Award honors alumni who have a combination of significant achievements in their career and contributed or given back to the School. Candidates are judged on their leadership, work ethic, public service, the impact of their work, ability to overcome adversity, and how they embody the values of the School.

After earning his Full-Time MBA in 1992, Roughton joined Arthur Anderson & Co. as a business consulting manager. After seven years there, he made the jump to SAFE Credit Union as CFO and vice president, eventually becoming executive vice president and chief operating officer, and president and CEO in 2016. That amounts to 21-plus years atop the leadership ranks at SAFE.

A proud Sacramenten, Roughton has contributed to the region’s success and stability. When the pandemic threatened the regional economy, he provided short-term emergency loans, waived unnecessary fees and enacted a skip-a-payment program to help members.

In 2019, he was named the California Advocate of the Year awardee and was named Businessman of the Year by The Sacramento Metro Chamber of Commerce.

Recognized widely for his work and service to his community, Roughton has served as: