Graduate School of Management alumnus Tiago Cavagnaro MBA 10 returned to campus to attend the 2019 Food, Ag + Health Entrepreneurship Academy. While in Northern California he also met with other UC Davis alumni, angel investors and venture capitalists to build his network. Cavagnaro is the chief innovation officer at ADA Soluciones Informáticas in Santiago, Chile.

"At the end of the day, it's not about the idea that you have. It's about the network that you're able to configure on that idea so that it moves forward." 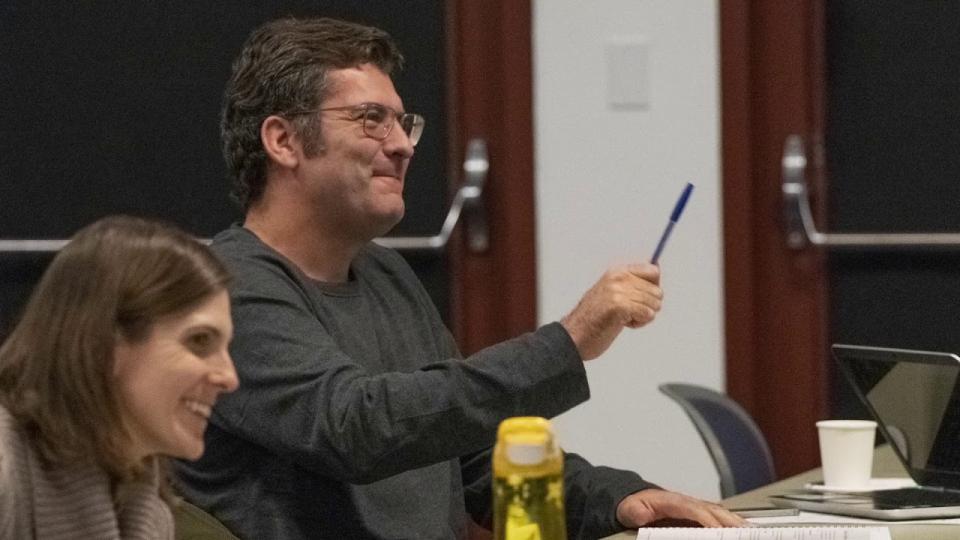 I came here ten years ago and the things I learned help me to get up-to-date on how to move things into market, those ideas into actions, but for most I needed to connect with the network and the ecosystem that surrounds the GSM. I need to reconnect with the people here.

The relationship I had with UC Davis, the professors had been maintained intact, so I could just go ask them straightforward questions regarding the businesses I’m trying to develop back in
Chile. It’s like time had not passed.

The powerful thing about being a UC Davis alum couple has to do with building a stronger ecosystem. At the end of the day, it’s not just my network and her network, it’s a whole ecosystem.

The biggest thing I learned at the Entrepreneurship Academy is that at the end of the day, it’s not about the idea you have but it’s about the network you are able to configurate upon that idea, so that it moves forward. It’s about putting that idea into a context upon which different stakeholders, partners, resources, people, institutions help nurture that idea.

What we did at the Academy was very hands-on, so I had the space to do little things, kind of experiments of what I’ll be doing back, when I go back to Chile. A very hands-on entrepreneurship academy as the one held here at UC Davis is a real-world experience.