When I joined lecturer Marc Manashil’s course, Exercising Adaptive Leadership, in the UC Davis MBA program, I experienced a storm of new challenges, including my ability to translate English to Chinese during class discussions.

I came to the U.S. from FuDan University in Shanghai and I spent 2019 at UC Davis as an international exchange student in the Full-Time MBA program.

Most of my classmates were very good at sharing their thoughts in class, but I was sometimes reluctant to voice my insights. That was largely due to my culture. Thanks to Manashil’s teaching style, I learned how to share my story.

‘Anyone Can Take up Leadership’

One of the benefits of attending a program overseas is the opportunity to be immersed in a new culture.

The more classes I took, the more awareness I gained. Sometimes I felt uncomfortable to reveal too much about my life. Yet it was interesting to learn about the differences and relationship between authority and leadership.

In the Exercising Adaptive Leadership class, a few classmates also came from Asian countries. We came from cultures that placed high value on authority. For example, previously we thought people needed to have authority to take leadership. And others would not consider you a leader without authority. But through this class, I gradually discovered that leadership is an activity, and it does not necessarily demand authority.

I now know that anyone can become a leader. Anyone can display leadership qualities—that’s been very inspiring to realize.

After our class ended, I kept in touch with Manashil. When I heard that he was going to teach a summer course at East China Normal University (ECNU) in Shanghai, I reached out. I was excited because I thought it was important to bring his lessons and methodology to my home city. 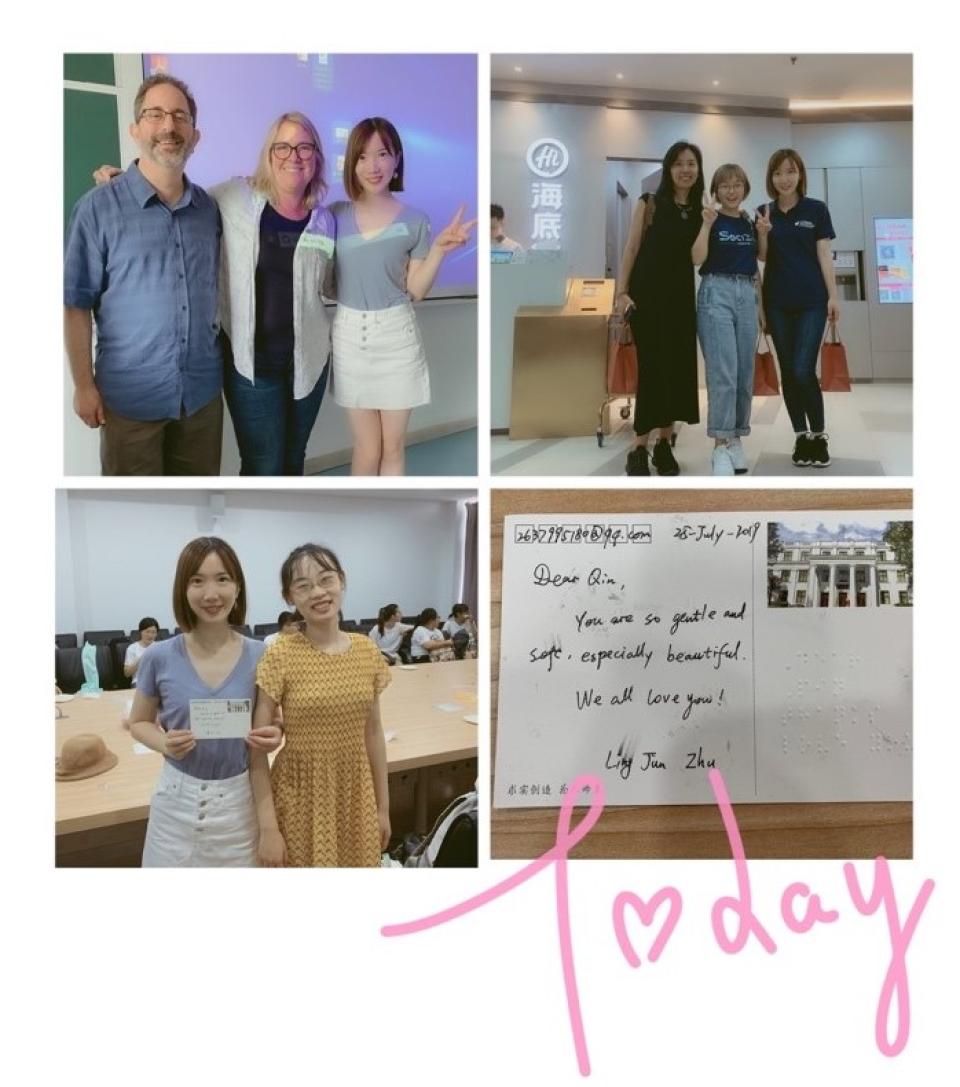 I also knew he could use some help since it was his first time teaching in China.

It was one of the best decisions I’ve made.

Manashil has always displayed high standards for his lessons. Our team had a lot of discussions before and after classes to provide the best learning experience for our students.

The summer course included students from across China, so many relied heavily on my verbal translations. And I have to admit, I was new to this job, but I got used to being a simultaneous interpreter.

This new opportunity to help students understand the concepts in class was inspiring. I spent a lot of time after class chatting with them and their feedback contributed to later class sessions.

One student who impressed us was one of the first disabled students to study at the university. She was very intelligent and fluent in English, which really helped her understand the concepts. She put in a lot of work and when the course was complete, I was moved by her success.

As our time together came to a close, I realized how beneficial this class was for me. I learned that leadership was not necessarily conditioned on one's status or position, but could be taught to, and therefore learned by all those who want to make progress on the big adaptive challenges facing their companies, communities, or the world. By challenging students to shift their own thinking about leadership, I had myself become a leader in the way that Manashil spoke and taught about. I was experiencing the larger meaning of his class first-hand.

I am grateful for this opportunity, and hope that one day I can use these skills to help others. The experience I gained at UC Davis and the time I spent in London helped broaden my skill set as a global change agent.

Manashil's adaptive leadership course has also helped me during job interviews. I learned to take calculated risks in his class and I worked with a large team, two sought after skills in the job market. And I'm happy to report that I received an offer already.

I look forward to more challenges and opportunities down the road, and I thank everyone at the Graduate School of Management for helping me build up my confidence and skills.