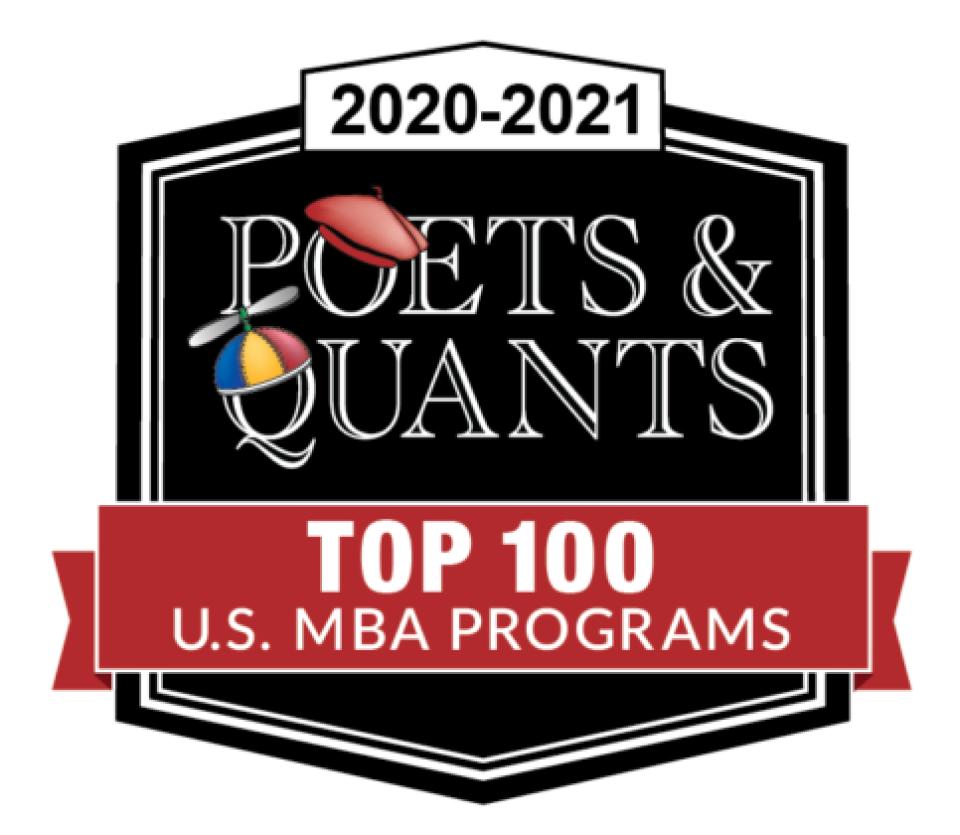 Poets&Quants’ 11th annual composite of the five most prominent MBA rankings places the UC Davis MBA in the top 50 in the U.S., according to the list released on December 7, 2020.

UC Davis was ranked No. 47 in the 2020-21 Poets&Quants rankings, which combines and weighs scores from five previous business school rankings of full-time programs. Poets&Quants’ cumulative ranking takes into account outcomes from U.S. News & World Report, Forbes, Bloomberg Businessweek, the Financial Times, and The Economist. UC Davis most recently was ranked in the top 50 in three of those rankings—U.S. News (48), Bloomberg Businessweek (43), and The Economist (43).

Poets&Quants noted that the pandemic played a role in this year’s calculation, specifically with Bloomberg Businessweek deciding not to publish a ranking, and The Economist delaying its ranking. As a result, many previous year’s rankings were included in the aggregate scores.

“We are grateful that we are again recognized as one of the top MBA programs in the world, especially by Poets and Quants, whose ranking represents a composite of many rankings,” said Dean H. Rao Unnava. “In reality, this is a recognition of the quality of our faculty, staff, students, and alumni who continue to put forth their best, every day.”

Unlike other rankings, the 11th annual Poets&Quants list is calculated from the latest prominent five well--known media rankings. Instead of averaging the five rankings from each influential publication, Poets&Quants separately weights each one to account for their view of the rankings’ credibility. (U.S. News is given a weight of 35%, Forbes, 25%, while both the Financial Times and Businessweek are given a 15% weight, and The Economist, 10%)

The composite index from the five rankings takes into account a massive wealth of quantitative and qualitative data. From surveys of corporate recruiters, MBA graduates, deans and faculty publication records, to median GPA and GMAT scores of entering students, and alumni salary data, the data is calculated and weighted to create the composite score.

“Combining these five major rankings doesn’t eliminate the flaws in each system, but it does significantly diminish them,” explained Poets&Quants John Byrne.